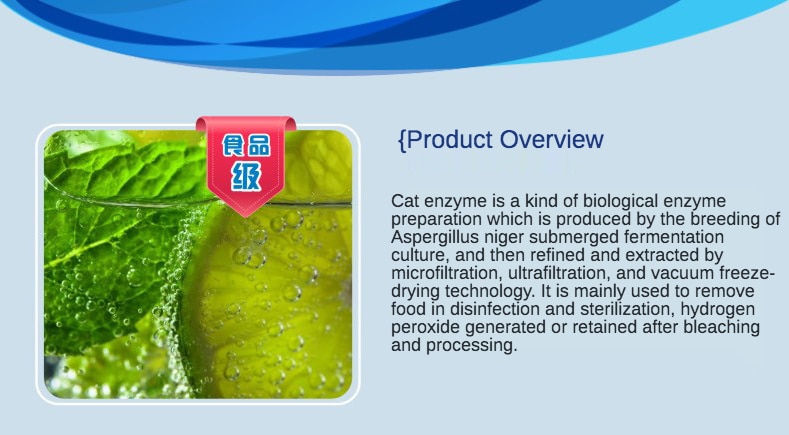 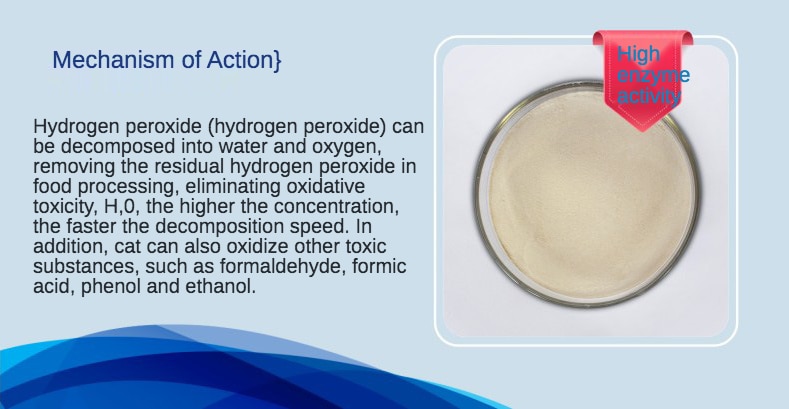 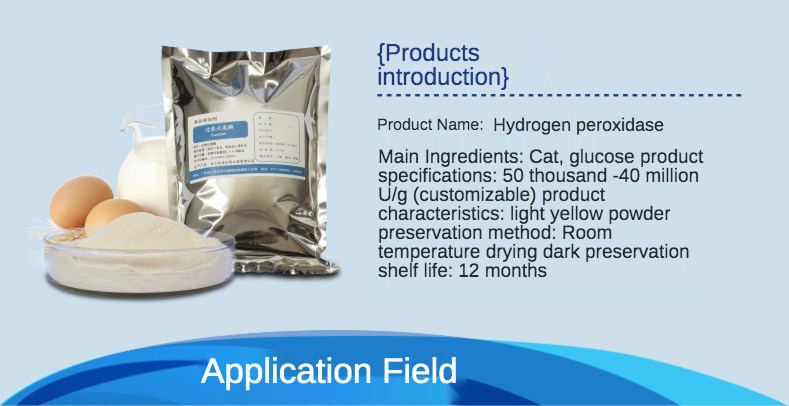 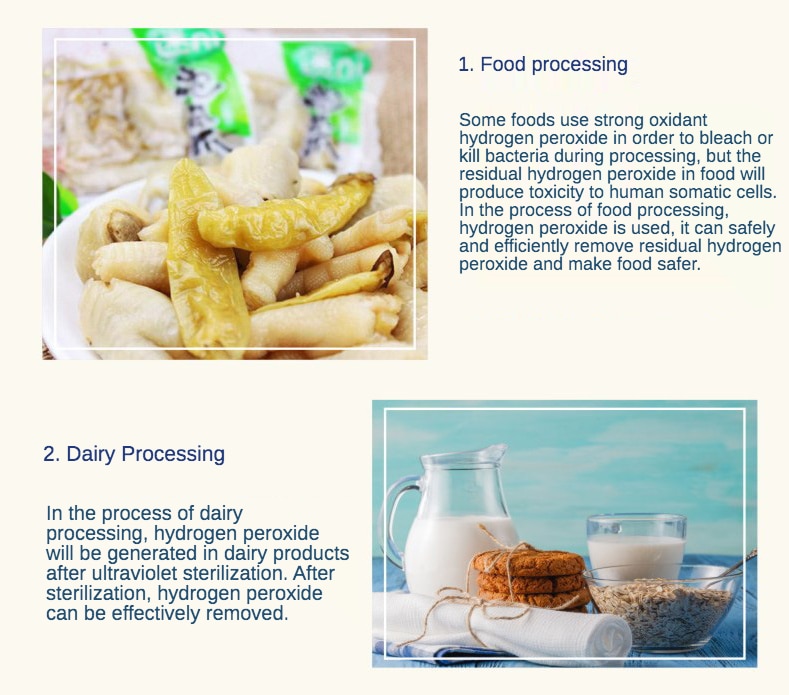 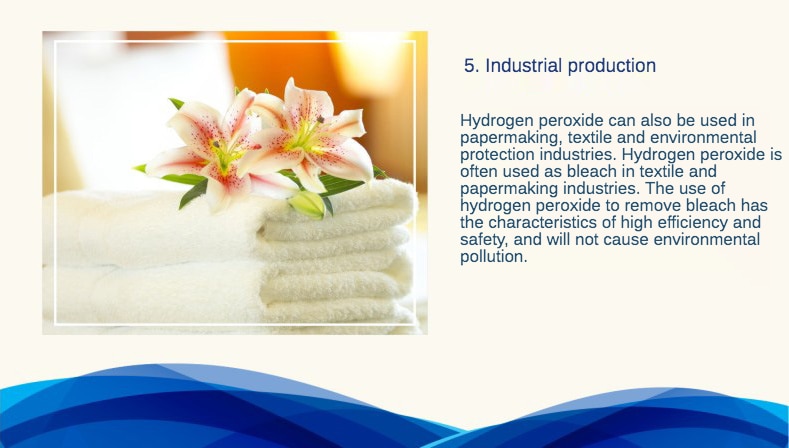 Catalase is a biological enzyme extracted by deep fermentation culture of selected Aspergillus niger, and then refined by microfiltration, ultrafiltration and vacuum freeze-drying technology, mainly used to remove hydrogen peroxide generated or residual in food after sterilization, bleaching and processing.

Hydrogen peroxide enzyme can decompose hydrogen peroxide (hydrogen peroxide) into water and oxygen to remove the residual hydrogen peroxide in food processing and eliminate the oxidative toxicity, and the higher the concentration of H02, the faster the decomposition speed. In addition, catalase can also oxidize other cytotoxic substances, such as formaldehyde, formic acid, phenol and ethanol.

It is soluble in water, and the aqueous solution is opaque light yellow liquid.

4、Functional health products catalase and superoxide dismutase (S0D) can convert the superoxide radicals that cause aging in human body into hydrogen peroxide, and then catalase converts them into harmless water and oxygen, and the two cooperate to prevent free radicals from harming cells. It can be made into health food or added into cosmetics.