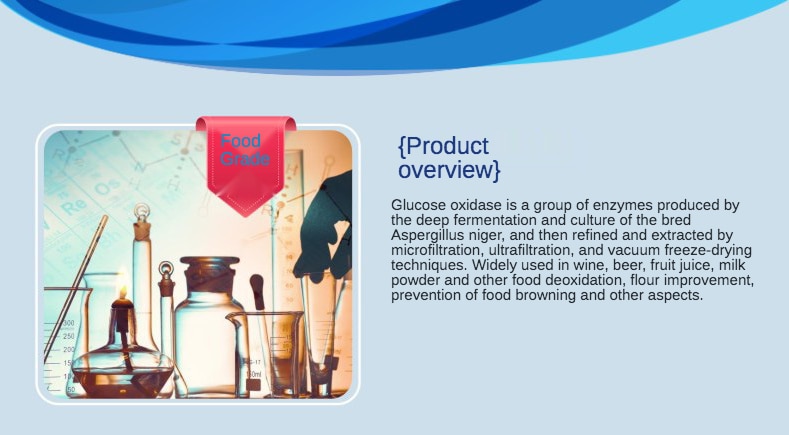 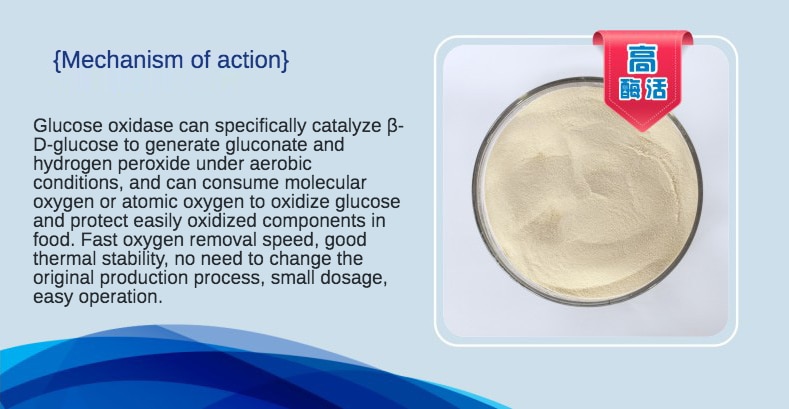 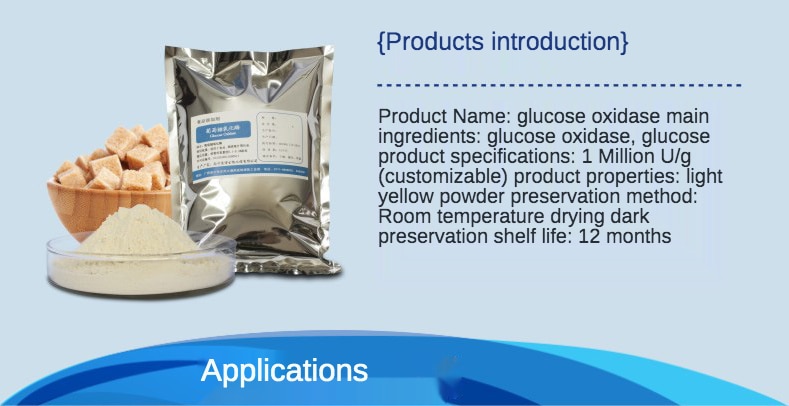 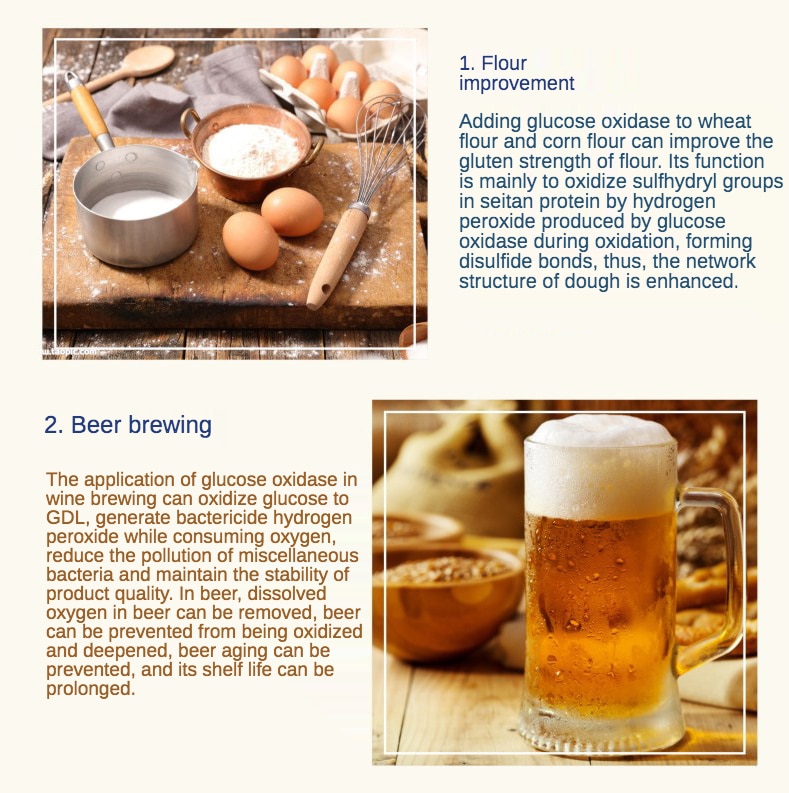 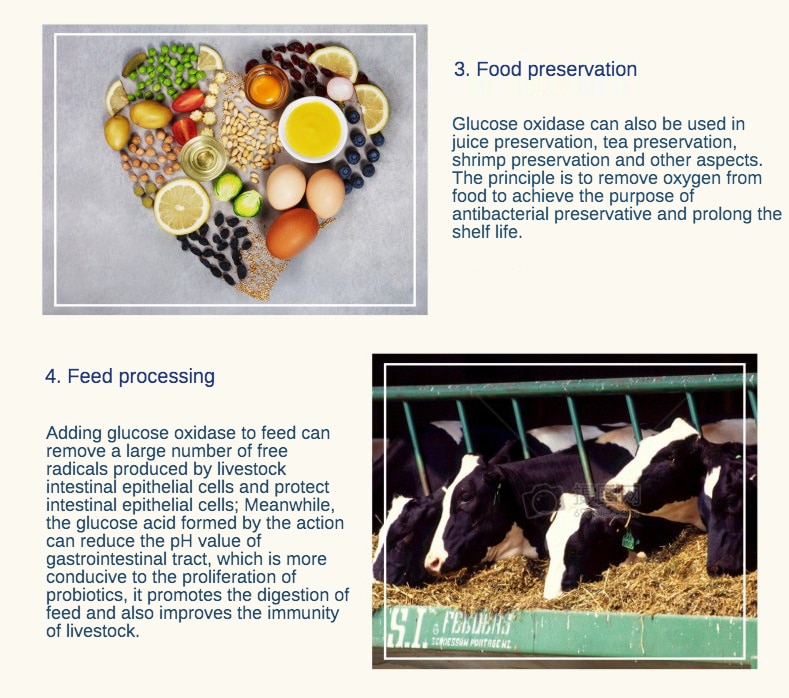 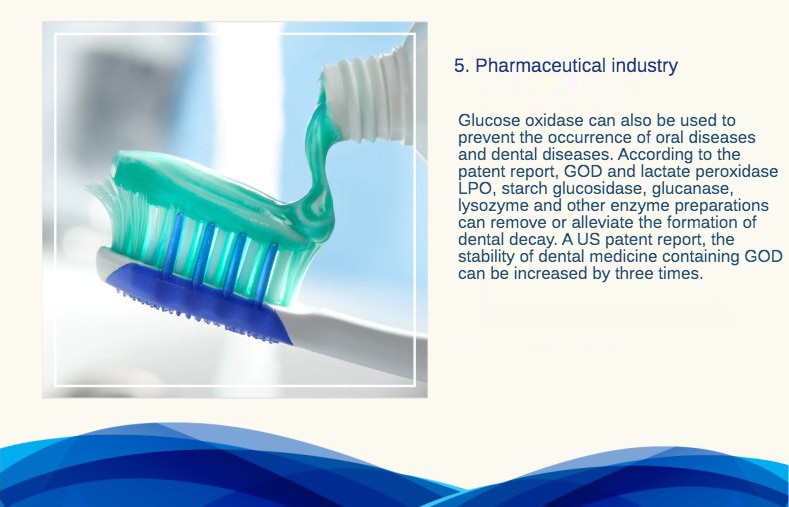 Glucose oxidase is a group of enzymes extracted by deep fermentation culture of selected Aspergillus niger, followed by microfiltration, ultrafiltration, and vacuum freeze-drying technology. It is widely used in deoxygenation of wine, beer, juice, milk powder and other foods, flour improvement, prevention of food browning, etc.

Soluble in water, but insoluble in ethanol, chloroform and ether, aqueous solution is beige liquid.

Adding glucose oxidase to wheat flour and corn flour can improve the gluten of flour, mainly through the oxidation of hydrogen peroxide generated by glucose oxidase in the oxidation process oxidizes the sulfhydryl groups in gluten protein to form disulfide bonds, thus enhancing the network structure of dough.

Glucose oxidase is applied in wine brewing to oxidize glucose to gluconolactone, which consumes oxygen and produces hydrogen peroxide as a bactericide, reducing the contamination of miscellaneous bacteria and maintaining the stability of product quality. In beer, it can remove dissolved oxygen in beer, prevent beer from being oxidized and darkened, prevent beer from aging and prolong its shelf life.

Adding glucose oxidase to feed can

Remove a large number of free radicals produced by the intestinal epithelial cells of livestock, and protect the intestinal epithelial cells; at the same time, the gluconic acid formed by the action reduces the p-leaf value of the gastrointestinal tract, which is more conducive to the proliferation of probiotics and promotes the digestion of feed, and also improves the immunity of livestock.

Glucose oxidase can also be used to prevent oral diseases and dental diseases. According to the patent report, GOD and lactate peroxidase LPO, amyloglucosidase, dextranase, lysozyme and other enzyme preparations can remove or alleviate and the formation of dental caries, and the U.S. patent reports that the stability of dental medicine containing G0D can be increased by three times.